Despite their ancient roots, many tribal and folksy symbols have been given a breath of new life in the modern era. In fact, many motifs, which are now considered to be bohemian symbols, have effectively become an intrinsic part of our contemporary fashion culture often being heavily incorporated in bohemian clothing, jewelery as well as accessories.

The celebrated motifs often vary from tribal dream catchers, hippie peace signs, earthy trees of life, captivating mandalas, protective eyes and mysterious hamsa hands among many more trendy symbols. Take a look at our list of bohemian symbols which have graced our wardrobes during the last couple of years and discover what they mean.

10 Bohemian Symbols in Fashion & Their Meanings

Dream Catchers have been linked to Native American culture for thousands of years and are believed to ward off bad dreams and negative energy. Typically, each one is composed of a hoop, which is usually made out of branches and bent to form a circle. In effect, this is meant to symbolize unity among people in the community.

The web found at the center of the ornament is thought to capture the evil that infiltrates our air and slides down to the soft and silky feathers ultimately perishing as the sun’s ray s appear in the early morning.

The palm shaped amulet, which is known as the Hamas hand, bears an eye that’s embedded in its center and is widely recognized as a symbol of luck and protection against the evil eye that’s prevalent in many cultures.

Both mystical and enchanting, the tree of life is a symbol which represents eternal life in mythologies pertaining to different cultures. This cherished ancient symbol comprises of a beautiful tree, which has its roots that run deep, a trunk as a foundation, leaves which collect the sun’s strength and fruit which bears gifts to humanity. In substance, the tree of life is thought to give the breath of life.

The popular expression, ‘the eyes are the windows to the soul’ is a common saying which is spoken by many. The eye symbol is commonly found in many religions. As a religious symbol, it represents the eye of God which peers over humanity. In dreams, the eye symbol is thought to represent a vision of the future.

Both elegant and beautiful, the infinity symbol’s fluid lines flow into a simple figure which is reminiscent of the mathematical figure of 8. Essentially, the sign represents boundlessness and continuity. One side of the symbol is an exact reflection of the other which signifies the parallel nature of all earthly creations which walk the earth. The middle point of the figure represents the source, existence, eternity and fundamentally the absolute.

This particular symbol takes its roots from India and Tibet. In Indian and Tibetan culture, the symbol represented dualism, perfection and equality between male and female. Whilst, in the occult the infinity symbol is found on a Magician card and represents the balance of opposing forces; good and evil. Moreover, the symbol also appears in a variety of Celtic knots where the loop is never-ending.

The term ‘mandala’ draws from Sanskrit which means ‘circle’. Typically, are concentric structure which is composed of multiple triangles and squares in its design. Intricately designed, mandalas have been seen in fashion as well as decor during the past few years.

The bright lotus graces the surface of murky pools with its pearly white tint. Essentially, it is thought to represent purity. Ancient Egyptians believed that the lotus was the very first flower to come into earthly existence. They held the flower in high esteem and perceived it to be a symbol of fertility, birth and rebirth.

As its name implies, the peace sign which dawns a circle, vertical line and 2 sloping lines signifies peace. Although there are many symbols of peace, such as the olive branch, the dove and so forth, the ‘70s peace sign is perhaps the most widely seen in our modern day fashion culture.

Popularized by the practice of westernized yoga, the Om symbol is a sacred sound and icon in a lot of Indian Religions. The symbol is synonymous with the source of existence. The upper curve of Om is associated with The Lord Ganesha, whilst the lower curve is thought to be his belly. Last but not least the twisted curve found on the right is associated with the trunk.

Magnificent, unearthly and fascinating, the elephant-headed god known as Ganesha is perhaps one of the most celebrated deities in Indian culture. In substance, the alluring figure divinely represents consciousness, kindness and beauty. According to Hindu myth, the Lord Ganesha is the first born son of Shiva and Parvati, who was given the name made up of three syllables. The first two syllables of the deity’s name are ‘Ga’ meaning intellect and ‘Na’ meaning wisdom. Hindus believe that Ganesha is the master of profound wisdom. He is depicted as a glowing yellow/red god having a big belly, multiple arms and a one-tusked elephant head.

The yin and yang symbol is a visual representation of good versus evil and how they coexist side by side in our earthly realm. The circular symbol ,which draws from Taoism pertaining to the Chinese culture, is spit into two black and white parts. Whilst the yin (black) represents darkness and femininity, the yang (white) represents brightness and masculinity. The symbol demonstrates how both evil and good are I interconnected and cannot exist without one another.

The bohemian realm’s liaison with ancient symbolism calls out to the free spirited soul through a gentle whisper, eagerly urging individuals to pay homage to their ancestry and spirituality by wearing little trinkets or garments featuring boho fashion symbols.

Now that you know the true meanings of the bohemian symbols above, you probably feel more drawn to wearing one or more of these bohemian fashion tokens. If you’re interested in purchasing items of your own, you’ll find plenty of things to buy which feature these boho fashion symbols. Just have a look around the shops for vest tops, tees, necklaces, dresses and loads more! 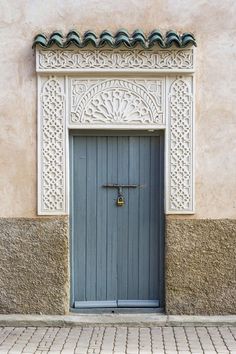