Smack in the north west of London lies a small part of the city which epitomizes the word alternative. Indeed, Camden town is one of London’s hidden gems. It’s as colorful as it is spectacular with its artsy streets, musical sounds, fabulous shops and mouthwatering scents. So, if you’re in London to shop till you drop, forget Oxford street, where you’ll find the big chains, and opt to hit Camden instead! Discover more about Camden Town in return full guide.

As an area of London which features a plethora of shops and eateries, it entirely comes as no shock to us that Camden town is considered to be one of the capital’s hotspots. In fact, it’s been home to some of the world’s famous faces such as Amy Winehouse, Dylan Tomas and Walter Sickert. If you decide to visit the area yourself, you’ll notice that tons of students as well as members of the alternative crowd tend to flock here. So, if you qualify as one of the aforementioned, it’s definitely the place to be!

Getting to Camden Town

The area can be easily accessed both by bus as well as by tube. So, if you’re roaming around the city, go ahead and stop at Chalk Farm Bus/ Tube Stop and walk towards the center  or Camden Town’s stop which will land you right in the heart of the area. But be warned it’s usually bustling with people at the weekend, so you’ll probably be better off visiting sometime during the week when most people are at work or university. Yet, if you do in fact find yourself wanting to visit on Sunday, you should take into consideration that there will be no access out of Camden by tube. So, you’ll have to catch a bus or underground train back home from Chalk Farm instead. Nonetheless, no matter when you choose to go, you’re absolutely guaranteed to have a fantastic time!

Lined with shops as well as indoor and outdoor markets, Camden town’s Main Street is one you certainly can’t miss as soon as you exit the tube station. Outside you might be greeted by a man with a megaphone preaching against consummerism or some other aspect of modern life, a musician trying to showcase his/her music, or perhaps a busker clad in distinct attire and caked in makeup to entertain the masses who wander into Camden’s streets daily. Whilst on my last visit in June 2016, I  was actually lucky to stumble across a busker who actually brought Lewis Caroll’s Mad Hatter from the classic fairytale Alice in Wonderland to life. On a seperate visit a few years back during Christmas time, I also withnessed a Santa parade which managed to bring  some of Christmas’s magic to life.

When walking down the street, you’ll also notice that this part of the area is home to many wonderful works of art. Even it’s shops are riddled with colorful facades that will draw you in. Indeed, the graffiti you’ll see drawn on Camden’s brick walls is one of a kind.

Other than high street brands such as Urban Outfitters, Punkyfish, Accessorize and the well known franchise H&M, you’ll also find many more shops and stalls in the area featuring independent designers. Camden Town  boasts an astonishing 5 distinct markets which entice keen shoppers. These include:

Perhaps the smallest market that’s found in Camden is Inverness street market which dates back to the 1900s. The perky vendors at this particular market sell fruit and vegetables, clothing and other things. Yet, if you’d like to take your pick of items from a market with a myriad of items to choose from, you’ll probably be be better off heading to Camden’s Lock market or our favorite; Stable’s Market.

Take shelter from the rain in winter, but still enjoy the thrill of being at a market by visiting the electric ballroom market which doubles as a nightclub in the evenings. Note, if you intend on visiting, the fashion market is only open on a Sunday.

Adorned by a large sign with the words ‘Stable’s Market’ stamped on its gateway, this part of Camden Town is one which certainly has kept much of its character over the years and continues to hold much historical value. On passing through the entrance, you’ll most likely stroll down its cobbled alleyways which will lead you to see multiple statues of horses. Possibly, this might leave you pondering on the market’s name. In fact, it’s name stems from the fact that it used to be a horse’s hospital during the Victorian age were injured horses were frequently treated. However, now it’s been completely revamped to house over 450 shops which have in effect combined both the hospital as well as the catacombs underneath it in the process. If you’re looking for vintage items, leather goods made by Turkish merchants, original attire by independent designers, the odd little trinket to take home to your family, you’ll find it all here.

Located right next to the picturesque Regent’s Canal, Camden Lock Market & village is certainly one not to miss out on. The market’s semi-permanent stalls feature unique products made by the artisans that stand by them. Here you’ll find everything from feather hair extensions,dream catchers, crochet necklaces, homemade flavored teas, beautiful leather bags, hand carved jewellery as well as unique decor. It’s a wonderful place to pick up something truly unique!

Visiting Camden for the day? Grab a quick meal whilst your there! The area is packed with pubs, restaurants and even a marvelous food market to satisfy your inner foodie. Read below to discover some recommended places for you to try out for yourself!

On walking down Camden road, the waft of delicious food will be one of the first scents to reach your nostrils. Camden lock market offers a vast selection of ethnic street food which appeal to all mouths. From traditional British food to Chinese, Mexican, Japanese, Indian and even Argentinian cuisine hailing from South America, you’ll definitely find all sorts of food here that will make your stomach rumble once you’ve smelt it. Don’t feel like a full meal? No problem! You’ll be able to find many a decadent dessert here, including cakes, macarons and much more.

Pubs, Restaurants & tea rooms in Camden – Grab a beer, sip on tea or munch on a snack

Camden is home to many great eateries and tea rooms. If you’re simply looking for some fish and chips and a cold brew, you can always opt to take a seat at the many pubs in Camden. Amongst them are the well-known pubs The Enterprise, Dublin Castle, The Blackheart and Crown and Goose. Yet, if you’re looking for a full meal and prepared to fork out the money to sit at a restaurant, you should try out trufflesco, shakazulu or masala zone.Found yourself in Camden around tea Time? Visit Yumchaa, one of Camden’s tea rooms.

Frequented for its nightlife and live musical acts, Camden Town’s plethora of clubs, pubs, sports bars and live music venues is sure to satisfy most tastes. Here’s a list of places that Camden has to offer:

Joe’s bar is a retro rock pub by day and a club by night. If you’re there late afternoon, you can enjoy the place’s happy hour from 5-7 pm. DJs then start spinning their records at 10 pm.

KOKO is a multi level club which had formerly been an impressive theatre. Live music is on early and late evening for you to enjoy.

Proud Camden is also a pub by day which is transformed into a club once the clock strikes 7.30pm.

Lock Tavern is one of the area’s highlights which is situated at Camden Lock. The sound of vibrating Bass or Live music fills the air as the sun goes; a definite must-go if you happen to be in the Lock.

Bar vinyl is a bar and restaurant which serves up hearty TexMex cuisine. The place plays loud and exciting music for all to enjoy.

Barfly is the place to discover talented bands and live music whilst you sip on your alcoholic beverage of choice.

The Oxford Arms in Camden is the perfect venue to enjoy traditional British cuisine whilst watching one of the many live sporting matches shown throughout the day. If you’re a sports fan, you’ll have the option of viewing a match on one of its 5 plasma screens.

Don’t Miss Out on a Trip to Camden!

Note to Readers: This post has not been sponsored in any way or form which means that none of the restaurants or other companies mentioned have paid for any sort of advertising.

[…] lacquer in the air as Oliver Switch fervently sprayed a large mural on the flank of a building in Camden Town, London. After working for 2 days on the owl graffiti project, Switch’s act of transmogrify […] 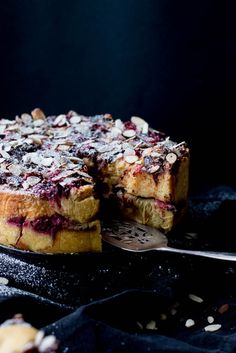